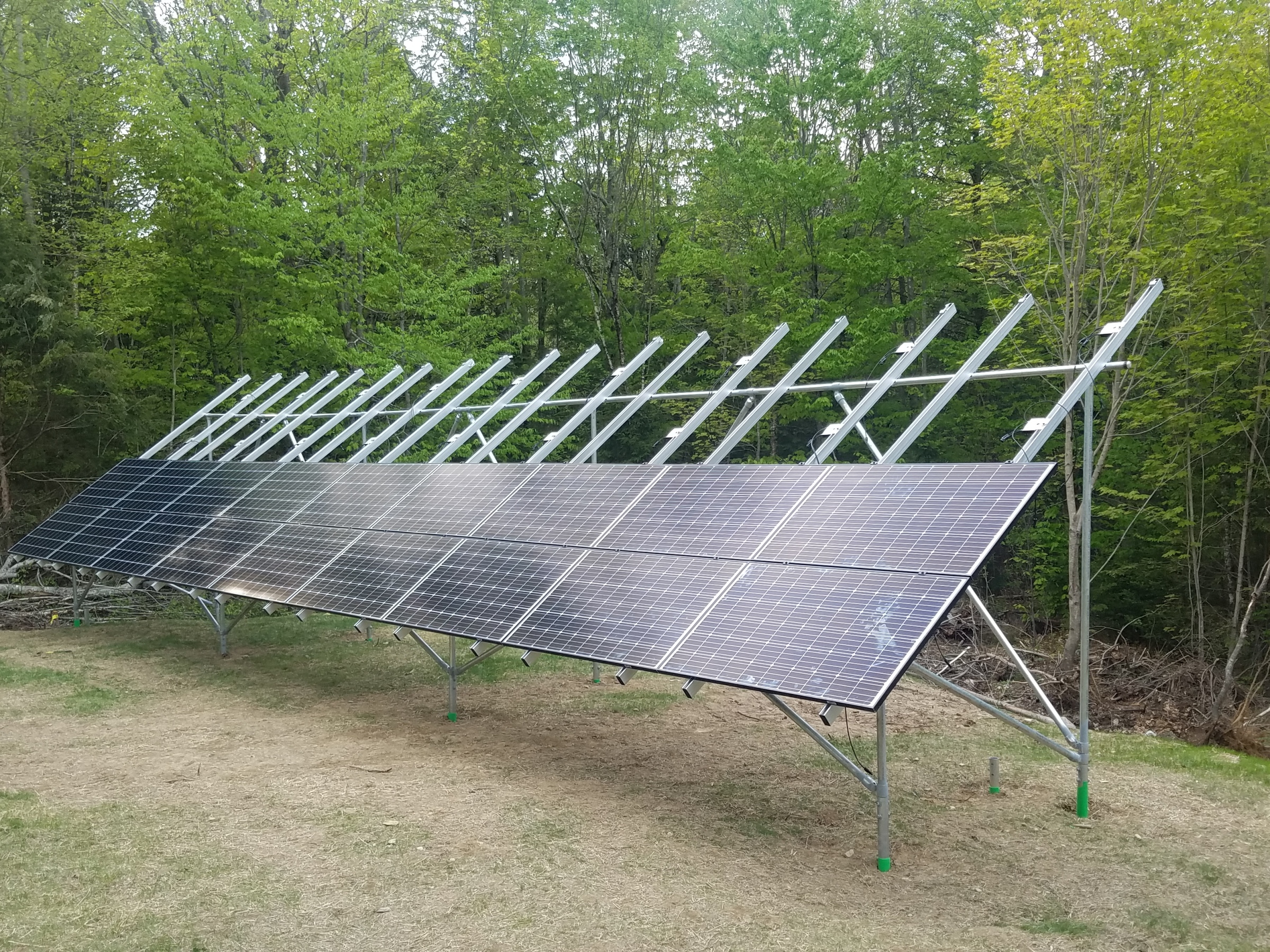 Last summer in 2018, we realized a dream that we had for years and converted the homestead to solar power. To say it that way over-simplifies what was in fact a journey that took us almost eight months to complete. While the process has at times been painful, we have learned a lot from the experience.

I am going to try and go through the process, (and what we learned from it) in the hopes that others might learn from the many, many mistakes that we made.

could handle all the work of installing the solar array, installing and wiring all the equipment both inside and outside the house, including batteries and everything we would need to sever our tie to the Grid (capital “G” to denote an evil connotation).

In our case, we went blindly forward with a “how hard can it be?” mentality as we invited three of our local solar companies to come to Birchwood and work up proposals for us. Two of the companies that responded had very scientific approaches to sizing, capacity, and load – and went through voluminous calculations before proposing their respective systems. Remember that bit, I will get back to it in a moment. 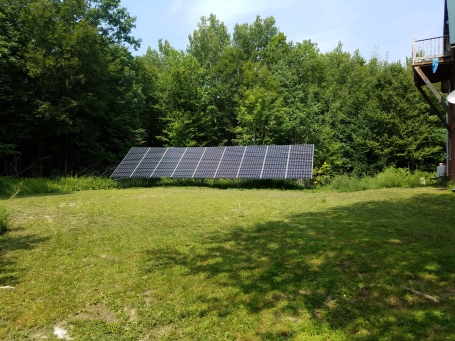 The third company that bid on our job had a different approach. SunDog solar. Rather than showing up with the fancy calculator and proceeding to do math for us, showed up in the form of a kindly old gentleman in a plaid shirt. When he gets out of the car, he let’s out not one, but two golden retriever dogs he has brought with him. This was our downfall. The dogs made themselves at home, and did what they were there to do. Win our hearts.

After some negotiation about the scope of the project we signed contracts with SunDog Solar (no link, because they do not deserve it).

And we were on our way. It did not take long however for us to realize we had made a terrible mistake. From scheduling, and the challenges we faced just to get them to arrive, to the disastrous day when they showed up to actually position the posts for the array.

Nothing seemed to go right. Finally, after more than 6 months of trying to get the job

done, we were left with just the solar array set up outside, but no equipment installed inside the house, no connections made, and no solar energy being generated.

After the multiple delays and frustrations we had had enough. We finally decided we weren’t giving SunDog Solar another penny. We called the 2nd choice bidder in our area that had come to the house originally.

Revision Energy to the rescue! (link proudly included). Like night and day. They came quickly, they came when they said they would be there, they finished our project for roughly half the money that SunDog Solar had wanted to finish the project. We could not be happier with Revision Energy. And they didn’t even pay me to say that. 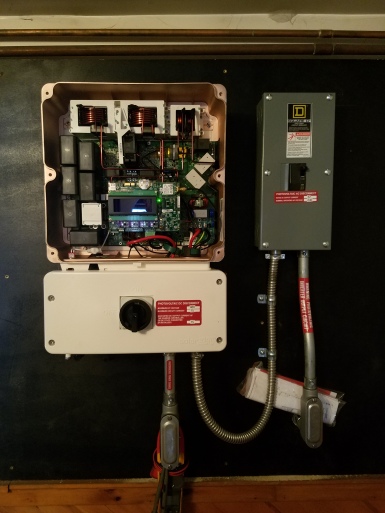 In a matter of just a few weeks, they not only installed all the necessary equipment inside the house and out, but despite having to correct several shortcomings from the SunDog installation, (including the conduit that SunDog had installed between the array and the house, which was not even up to code), Revision still came in much cheaper.

And the quality of their work is exceptional. We could not recommend them highly enough. Only because of Revision Energy do we have a functional solar array producing enough power to run our entire household.

And so the moral of the story is, do not be seduced by a comforting manner, and a golden retriever. Harnessing solar energy and converting solar energy to electric power is no trivial exercise. It requires an understanding of not only the needs of the customer, but also the equipment and technologies that are used. They also need to have an ability to deliver what the customer wants. Be clear about what your expectations are. Make sure your contractor understands what you are expecting to have when the project is completed, and make sure they can deliver that. At the end of the day this one piece can be be the most critical component of your entire project.

So be very cautious. Listen to what these companies are promising you, and then do your

own math to make sure it all adds up. The more details they are asking of you up front, the more accurately they can size your system. Mostly, do your homework. Learn everything you can about the technology that is going to be at play in your home, and then hire a company that are experts in that technology.

In Lesson Learned #2, we’ll talk about finding the right electrical contractor. Not as easy as you might think!

Who Writes For This Blog: